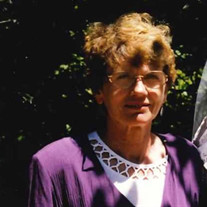 JANET ESTER COLEMAN & CLAUDE EUGENE COLELMAN Janet Esther Coleman, age 79, passed away at her residence on Wednesday, September 8, 2021. Janet was born October 23, 1941 in Madison, WI to the late Russell and Ann Coster. She worked as a nurse for 45 years and retired to help daughter Jeanie and her son, James, who lived in California. Jeanie and James later moved here so Joanie Brewster could help with James and our kids could grow up together. Dade County helped so much – “it takes a village”. Janet was a member of St. Katherine Drexel Church. Claude Eugene Coleman was born July 17, 1929 and passed away September 6, 1996 at the age of 67. He was in the Korean War, fighting on the front lines for four days and later suffered the consequences. He is survived by his brother, John Coleman, who lives in Garnett, Kansas. Her grandson, Jeremy Brewster, preceded her in death. Left to cherish their memory are her daughters, Jeanie and husband Brian Stone of Trenton, GA and Joanie Coleman, Mentone, AL; grandchildren, James Stone, Timothy Brewster and Tommy Brewster. sisters, Mary Seiler and Joanne McFarland; brothers, David Coster, Wally Coster and Dan Coster; and other family and friends. Graveside services will be held on Monday, September 13, 2021 at 1:00 PM at Lake Hills Memorial Gardens with Father Mark Thomas officiating. There will be no visitation at the funeral home. Please visit www.MooreFHS.com to share condolences with the family and view the online memorial tribute. Arrangements entrusted to Moore Funeral Home in Trenton, GA.

The family of Janet Coleman created this Life Tributes page to make it easy to share your memories.

Send flowers to the Coleman family.