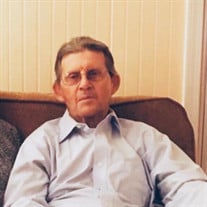 TOMMY MOSES SULPHUR SPRINGS, AL.: Tommy Heath Moses, age 83, of Sulphur Springs, AL. passed away on Thursday, January 14, 2021. He was born November 7, 1937 in Alton Park, TN. to Charles and Martha Moses. In 1946, his family moved to Sulphur Springs where he was raised of the Baptist faith, and where he attended Valley Head School. In 1955, he enlisted in the Navy and served on the USS Manatee until 1959. Upon returning home, he worked with Clark Byers painting barn roofs. In 1964, he became employed with Rock City Gardens building and painting the Rock City signs. He retired after 45 years of service. Tommy was an avid runner and exercise enthusiast. Most mornings you could catch him walking up Sand Mountain accompanied by the many neighborhood dogs. He was also a fan of reading, his favorite genre being Western. He was a loving husband, father, grandfather, great-grandfather, and friend. Mr. Moses was preceded in death by his parents Charles and Martha Moses; siblings Emma Stewart, Lynn and Jerry Moses. He is survived by his wife of nearly 54 years, Mary Sue; daughters Michelle (Steve) Blackmon, Heather Moses and Jody Chapman; grandchildren Trista (Jeremy) Sudberry, Katlyn Ewing, Kylee Ewing, and Dylan Lingerfelt; great-grandchildren Riley, Bryant, and Marley Sudberry and “soon-to-be” Ezra Heath; siblings Charles Moses Jr., Ray Moses, David Moses, Wayne Moses, Martha Bailey, Linda Payne, Terri Moses, and Cheryl King. The family would like to thank Dr. Robert Theakston and the staff at DeKalb Regional Hospital that took care of him. Due to COVID-19, there will be no formal funeral, only a private immediate family burial at Sulphur Springs Cemetery with Brother Gene Fuller officiating. In lieu of flowers the family ask for donations to the Alzheimer’s Association in his name. Those wishing to send online condolences may do so at www.MooreFHS.com. Arrangements made by Moore Funeral Home, Trenton, GA.

The family of Mr. Tommy Heath Moses created this Life Tributes page to make it easy to share your memories.

Send flowers to the Moses family.